How English Accent Coach can make your English Sound Sophisticated 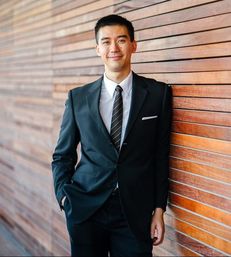 Part of being a truly proficient user of a language is having a wide ranging vocabulary. English in particular has a very large lexicon compared to many languages. There is very often more than one word or way to express the same idea in English. English also has many words that are similar, but express subtle differences. Learning to vary your word usage instead of repeating the same simple words again and again will enrich your language, making you sound more sophisticated and more educated. It will also give your English a more native feel.

Here’s an example of a word that even natives tend to overuse: beautiful. Instead of saying, “She’s a beautiful woman”, how about saying, “She’s a gorgeous woman”. Other good choices include stunning, ravishing, elegant, breathtaking, dazzling, radiant, striking, and captivating. And there are so many more. Aren’t these so much more interesting than just saying the plain and overused “beautiful”?
​
When you hear these less frequently used and more colorful words, your mind immediately begins to paint a vivid picture. So it’s a good idea to learn some synonyms for words you tend to use frequently. Synonyms are words that have the same or a similar meaning. You can easily find lists of them on the internet.
​
Here are a couple more to think about. What could you say instead of using the words “big” or “small”?Another great way to improve your vocabulary is to check out the word of the week and other great tips and articles on my Facebook page:https://www.facebook.com/EnglishCoachNicole/