How to Improve Pronunciation of T in American English 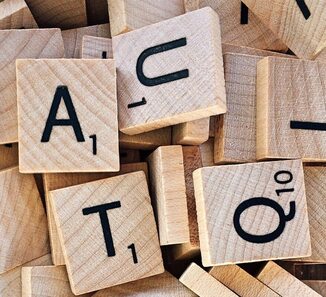 The first pronunciation of T is what most people think of if I say T. It’s the T sound we use at the beginning of words, like “talk” and “today”, or when T begins a stressed syllable like: “container” or “attend”. What stands out with this sound is the aspiration, or puff of air, heard with this hard T. You can easily feel it if you put your hand in front of your mouth. Try putting your hand in front of your mouth and saying the words above.

Second, we have the held T at the end of words like “wet” or “eat”, or before a consonant sound, like “lightning” or in the phrase “wait for me”. It has the same mouth position as the standard hard T, but it does not have the puff of air. Try it now. Say “eat”. Make sure your tongue moves to the T position. The tip of your tongue touches the roof of your mouth just behind your upper front teeth. By the way, this area is called the “alveolar ridge”.

The third T variation is the flap T, sometimes spelled TT. This is the T that sounds like an English D. You will generally find it in the middle of words, since it occurs between vowel sounds, in words like city or community. Do you hear the D sound? A vowel followed by R (R controlled vowel) is also considered a vowel sound. So consider ER, OR, AR and similar sounds vowels. You’ll find the flap T before or after R controlled vowels, in words like “artist”, “daughter” and “forty”. The flap T also occurs before “LE” endings because of the syllabic L. Listen for it in words like “little” or “Seattle”.

The fourth T variation is an infrequent sound in American English, but it occurs in a few common words. It’s the glottal stop, and it occurs before vowel+n. Examples include button, mountain and sentence . It’s similar to the held T, but the sound is stopped in the throat. Think of it as a held T, but then move straight to the N sound. Do not pronounce the vowel sound between the T and N.

The fifth way to pronounce T is to not pronounce it. T’s can be silent after the letter N, like in the words “international” or “Atlanta”. Just pretend the T is not there.

And the sixth possible T pronunciation is a ch sound. A “tu” spelling in the middle of words produces a “ch” sound, like in “future”, “situation” or “congratulations”.

Take a look at my video lesson “6 ways to pronounce T in American English” to see more examples of these T variations: https://youtu.be/gx1ydqokb0Y. Each of the sounds I mentioned in this article has its own video. If you want a more detailed lesson on any T variation, take a look at the corresponding video. You can find a link to each below in the description.